The Legend of Maula Jatt is peoples’ first choice this summer

Looks like the wait is finally over and The Legend of Maula Jatt is ready and scheduled for an Eid ul Fitr 2020 release. No official statement has been released to the press yet but we have it from concrete sources that the highly anticipated film is set for release over the year’s first Eid Holidays, giving people more reason to rejoice. Eid was already looking good with Tich Button in the picture but TLOMJ takes the excitement to next level and the polls are proof of its popularity. 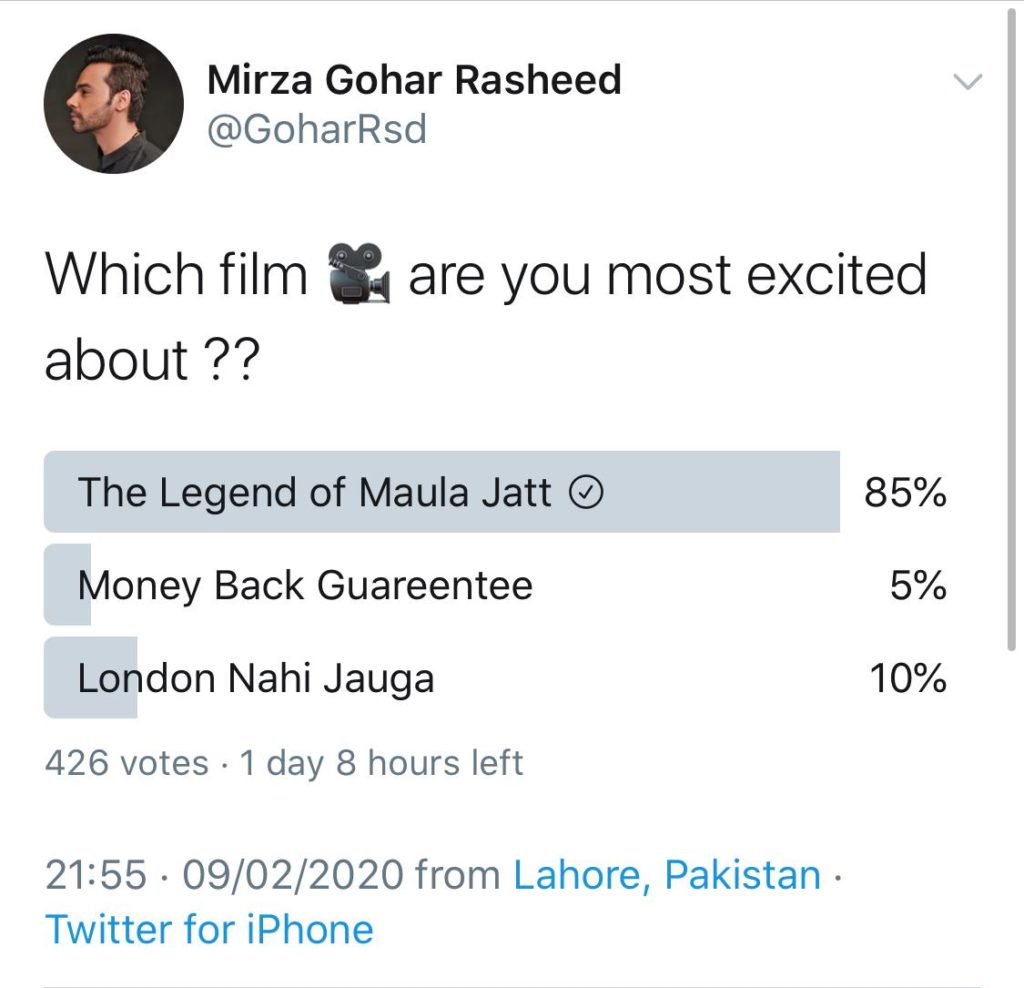 This Twitter poll, posted or shared by Mirza Gohar Rasheed who also happens to be in TLOMJ, is one of the many comparisons people started to draw up once TLOMJ emerged as prominent on the release horizon. Evidently, it faces no competition from Money Back Guarantee or London Nahi Jaunga, luckily not releasing on Eid ul Fitr. The film that does go head to head with TLOMJ is Tich Button, which also looks really good in teasers. Something Haute will be pushing out a poll to evaluate the ratings between the two but realistically speaking, TLOMJ will face no competition.

Starring Fawad Khan (in a Pakistani film as lead after 13 years since Khuda Kay Liye), Mahira Khan (their onscreen chemistry deserves an article of its own), Hamza Ali Abbasi (who has retired while the hugely successful Alif plays on TV), Humaima Malick (an impeccable actress, we know from Bol) and an equally strong supporting cast, the film jas been directed by Bilal Lashari, a man with a vision for filmmaking. Sounds good? We’ll find out how good this summer.

With almost 5 million views, you can view the official teaser here…

From films to dramas and everything in between, we've got it all covered!

The Legend of Maula Jatt gets clearance for release

Recapping 2019: Fashion in the year that was…not too fashionable